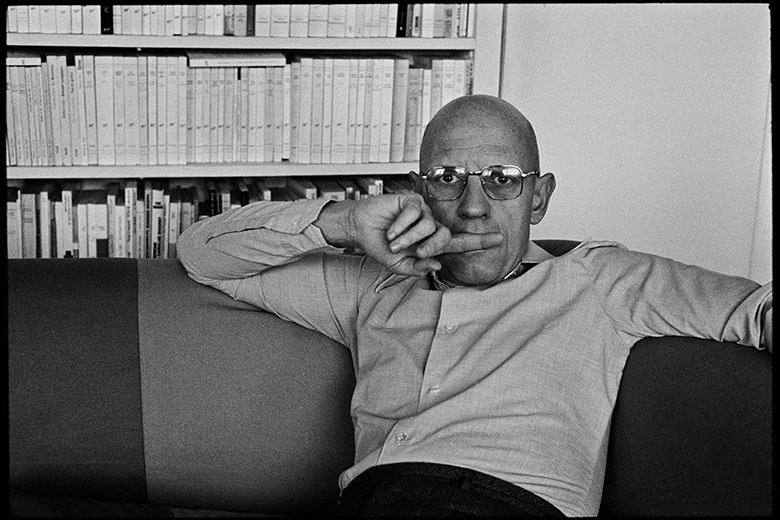 You’ve probably never seen or heard of the man in the picture above and yet I can guarantee that he has had a massive impact on the way that you think about the world.

That is strange. And it’s also illustrative of one of the most troubling features of our time—the degree to which people have become completely unaware of the ideology that they espouse.

Let me show you what I mean.

Have you ever heard of microaggressions, hate speech, systemic racism, implicit bias, safe spaces, white privilege, diversity, or that racism is “power plus privilege?” How bout political correctness, talk of “marginalized” and “dominant” groups, power and oppression, privilege and victimhood, cultural appropriation, tolerance, inclusivity, deconstruction, cancel culture, lived experience, something being described as “problematic”, or that gender is a spectrum?

I’d be willing to bet that you have.

But have you ever heard of Critical Theory or read anything by Derrick Bell, Max Horkheimer, or Herbert Marcuse? Do you know what Postmodernism is? How about Michel Foucault, Jacques Derrida, or Jean-François Lyotard? Have you ever heard of Standpoint Theory, Intersectionality, or read anything by Kimberlé Crenshaw? How about Biopower, Queer theory, Radical feminism, or Judith Butler? Do you know anything about Social Constructivism or Epistemic Violence?

You probably don’t, which is precisely the problem—because the ideas and terms in the first set of questions are entirely dependent on the concepts and people in the second set of questions.

Unbeknownst to most people, the words that now dominate our culture are all manifestations of very specific, very political ways of looking at the world. They’re words that only make sense within that worldview. And yet many act as if these buzzwords must be blindly accepted as legitimate, not recognizing that in doing so they’re tacitly embracing the tenets of an entire ideology.

Those who have taken up the language of the culture without any knowledge of the underlying worldview are the equivalent of someone proclaiming the gospel without ever having read the Bible. It’s like explaining the death and resurrection of Jesus, talking about repentance and sanctification—that is, speaking the language of Christianity— without any knowledge that something called “Christianity” exists.

It verges on incoherence, and yet it’s exactly what’s going on.

“Systemic Racism” as a Case Study

Take systemic racism as an example. The following is taken from Google trends and shows the interest in the term from 2004 to present.

Searches for “systemic racism” over the past two decades have hovered between a 0 and a 1 on the chart, meaning there was barely enough data to track the term. In other words, no one knew what systemic racism was. It existed exclusively in academic circles until June of 2020 when it suddenly broke through the walls of academia and was unleashed on the wider society.

Now, less than a year after the vast majority of people first heard the term, it has become the dominant framework for our culture’s conception of racism and how it functions in society.

But how many people know that there would be no conception of systemic racism without first embracing a Postmodern epistemology, without the Critical Theories of the Frankfurt school, without Derrida’s philosophy of discourses and power, without a Social Constructivist view of knowledge, and without Derrick Bells work in Critical legal studies?

I suspect very few. And I also suspect that those most eager to decry systemic racism are also those least likely to know where the term came from, let alone be able to give a coherent definition.

The rate at which the term went from completely unknown to an unquestionable feature of reality is truly quite astounding. But the sudden popularity reflects a genuinely dangerous trend—the unconscious acceptance of ideologies whose goals and tenants are unknown to those accepting them.

You simply cannot take up the term without implicitly embracing certain philosophical constructs about society and humanity, since the term is the logical product of those ideas. They’re inseparable, meaning that systemic racism, like all the other jargon listed above, has heavy ideological baggage—a baggage that we might be wise to at least understand before we make it our own.

Manipulation is the Name of the Game

But the problem goes even deeper. It is not simply that people have unknowingly accepted ideologies that they’re unaware of, but that the ideologies are specifically designed for this purpose.

The intellectuals who came up with these ideas have infused their terminology into the culture without any explanation of the ideology—indoctrinating people into a worldview without ever needing to convince them of its truth value.

And this is not an accident. They have no desire to persuade you that their way of looking at the world is the correct one, so long as you begin to see it the way they want you to. In fact, attempting to convince someone of an idea through rational argumentation, empirical evidence, logic, or reason (instead of letting it seep in through the culture) is itself part of a white, heteronormative, cis-gendered, patriarchial system that must be torn down.

These kinds of people don’t care if you’re aware that you’ve become a Postmodernist or a Critical race theorist or a neo-Marxist—so long as you’ve begun to think like one.

In fact, you’re more politically useful to them if you remain oblivious of what is happening. A puppeteer mustn’t let the puppet become aware of his strings, lest he begins to understand the nature of his captivity. That is, those who have absorbed the dominant ideas of the culture without any knowledge of where they originated are being manipulated—mainly by dead philosophers, most of which you’ve never heard of before.

I recognize that this may sound conspiratorial to some but the architects of these ideas actually state this as their goal rather explicitly. Many of the concepts that have taken hold in our society are designed to deconstruct and dismantle traditional ways of thinking about the world. They seek to help people gain a “critical consciousness” so that they begin to understand the nature of their own oppression, and in turn, start the revolution that upends the system.

They do this through clever linguistic games—using language not to describe reality but as a tool for shaping how one views it. They give you a new lens through which to see the world—a lens that doesn’t claim to be an accurate one, but one that is useful for getting you to behave in a certain way.

“Men have always one of two things: either a complete and conscious philosophy or the unconscious acceptance of the broken bits of some incomplete and shattered and often discredited philosophy.”

Many in today’s world have chosen the latter. But I hope that once the curtain has been pulled back—revealing the nature of the game that is being played—we might be less likely to fall for its traps.

Note: Some of the people mentioned above—such as Judith Butler and Kimberlé Crenshaw—are not in fact dead, as the headline might suggest. These people are manipulating you not from their grave but from their desk in the humanities department of some California school system.