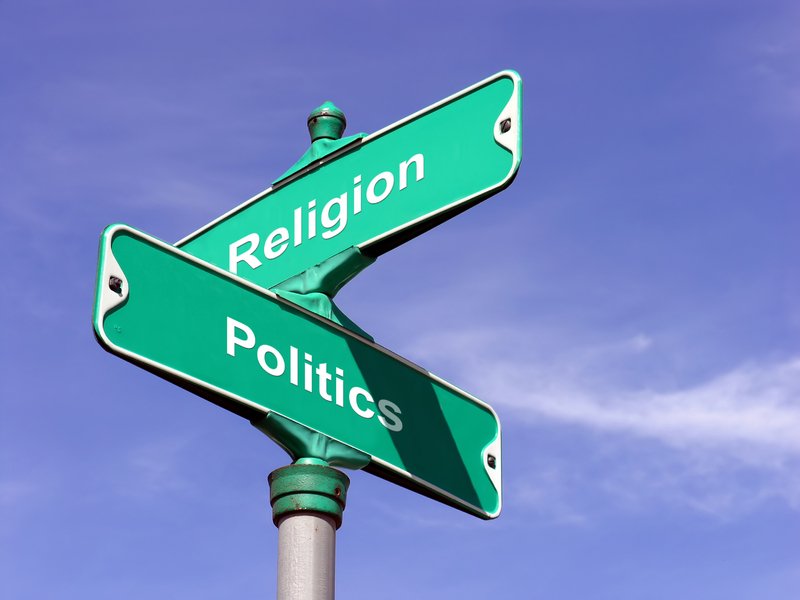 The proper relationship between Christianity and politics has been an ongoing question literally since the first century.

On the one hand, you have those who claim that Christians should generally stay out of politics. To them, politics is a little too worldly. It doesn’t have any natural relationship to Jesus, the Gospel, or personal transformation, and thus is more of a necessary evil than a legitimate outlet for Christian witness. In an attempt to be less divisive, they generally refuse to take sides on political issues and instead focus on more spiritual things, the things that really matter—Jesus, the Bible, etc.

On the other hand, you have those whose faith seems to manifest itself almost solely through political means. They’re intimately concerned with the injustices of the world and with the structures and policies that have contributed to them. They’re dogmatic about their political views, aren’t afraid to take hard stances on social issues, and are quick to question the allegiance of those who disagree with them.

Neither of these will do.

The first approach has a proper understanding of the centrality of personal transformation while completely missing God’s desire for transformed humans to play an active role in worldly affairs. They solely focus on “saving souls”—not realizing that the reason for salvation is so that redeemed people become the instrument through whom God redeems His world.

The second view has a noble desire to make the world a better place, but a deficient view of human nature and its role in our current problems. They solely focus on changing policy and reshaping structures—not realizing that politics will always be constrained by the fallen creatures who are participating in them.

In a world dominated by taking sides, Christians must resist the temptation to fall into either extreme. A Christian worldview must put the shortcomings of humanity at the center of the mess we’ve created without neglecting how the structuring of society has exacerbated the problem and is infringing upon God’s ultimate purpose for His world and His people.

The message of Jesus, properly understood, was utterly political. His Kingdom announcement challenged the prevailing wisdom of both the Jewish leadership and the Roman authorities of His day. But He was also insistent on calling individuals to repentance and inviting them into a new reality, defined by personal allegiance to Him as King.