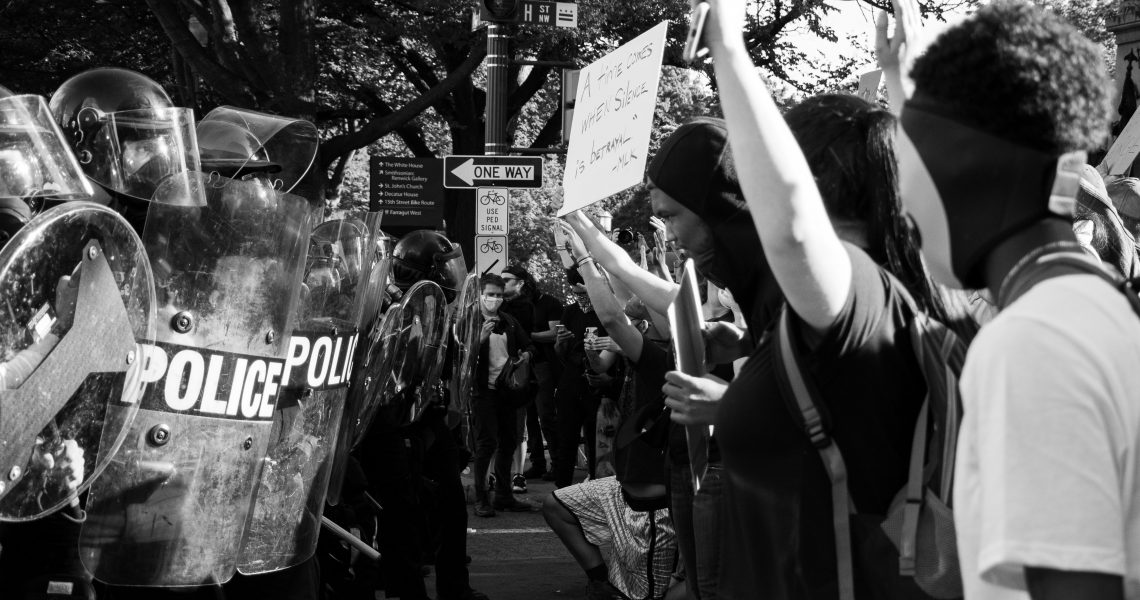 What is currently going on when it comes to the topic of police and racism is nothing short of mass delusion. And I don’t mean that in a pejorative sense, I mean it quite literally. A large percentage of people in this country have come to firmly hold beliefs that are contradicted both by reality and by rational argumentation.

George Orwell said “in a time of deceit telling the truth is a revolutionary act” and it’s never been more clear that we’re living in a time of deceit. Not only has the general consensus on this subject become completely disconnected from what is actually going on, but the mere attempt to speak of these things in factual terms has been deemed off-limits. We’ve developed a religious-like piety that discourages certain questions to be asked and disallows certain things to be said.

If you’ve been paying attention to the news over the past year you’d quickly get the impression that law enforcement is killing large numbers of black people without justification. The national mood is perfectly captured by tennis star Naomi Osaka, who recently noted her grievance over the “continued genocide of Black people at the hand of the police.” Lebron James also made similar comments, saying that he was “so damn tired of seeing Black people killed by police.” These attitudes have been manifest in things like the Black Lives Matter movement, which is built around the idea that police officers have been allowed to murder black people without reason and without consequence.

These sentiments, however heartfelt and earnest, are completely deluded.

In looking at the data gathered by the Washington Post for the past 5 years, police officers consistently kill around 1000 people each year. Of those 1000, about 95% are armed—meaning the vast majority are justified shootings of dangerous people who pose a real threat to others.

That leaves around 50 unarmed Americans killed by police each year in a country of over 330 million people. Of those 50 people, the largest group—usually around 40-50%—are white. 25-35% are black. In 2019, for example, police fatally shot 9 unarmed black people and 19 unarmed white people. Based on these statistics, Heather Mac Donald concluded that “a police officer is 18½ times more likely to be killed by a black male than an unarmed black male is to be killed by a police officer.”

If you asked the average person on the street how many unarmed black people they thought were killed by the police each year what do you think they’d say? How many would know that it’s consistently less than 20, and not in the hundreds or thousands? I’d say very few, which is precisely the problem.

So when Lebron James says that “we are scared as Black people in America … Black Men, Black women, Black kids, we are terrified,” how should we respond? Should we validate his fears and use them as evidence that there really is a big problem of racial bias in policing?

What would you say to a person who was walking around constantly afraid of being struck by lightning? You’d immediately recognize that they have an irrational fear. And the same is true of anyone who has a fear of being killed by the police—they have an unfounded paranoia that is being fueled by the delusion of widespread police killings. It’s an unpopular thing to say, but it’s true.

And on top of the relatively low number of unjustified police killings, the shootings that do take place don’t seem to be about race. One of the best studies we currently have was conducted by (black) Harvard economist Roland Fryer in which he examined data from 10 different police departments across the country. Despite fully expecting racial bias in police officers’ use of lethal force, His empirical analysis actually found that black suspects were 25% less likely to be shot than when the suspect was white—something he would go on to call “the most surprising result of my career.”

In summation, there seems to be little, if any, tangible, statistical, support for the idea that there is rampant racism in law enforcement leading to the unwarranted and widespread killings of black Americans. There are plenty of legitimate and valid critiques of policing in America, but they’re not the ones being made by our society. If we remain adamant about misdiagnosing the illness, the cure will always be ineffectual.

Let’s do a little thought experiment. Imagine I was playing in a basketball game where the referee had been making terrible calls against me all game. Eventually, I got so worked up about the bad calls that I started berating him, calling him all kinds of offensive names, and even shoved him as I was leaving the court. Imagine also that this ref happened to be black.

In this situation, should my actions against the referee be considered racist? It’s an important question because it exposes one of the main sources of confusion in the current discussion surrounding racism.

The standard for what does and does not count as racism has dramatically changed over the past 5-10 years. It used to be that an act was racist if it was motivated by racial prejudice or bias against a specific group. Today, any wrongdoing or injustice perpetrated by a white person against a member of a minority group is automatically considered an act of racism. In other words, racism has become a default assumption. It no longer matters that my actions against the referee had nothing to do with the color of his skin, so long as I’m white and he is black it’s now considered racism.

With that in mind, here’s another unspeakable truth: nearly all of the major police killings over the past year that have been touted as examples of racism—systemic or otherwise—have absolutely no evidence that race played any role in the killings.

From George Floyd, to Breonna Taylor, to Jacob Blake, and most recently Daunte Wright, there is no reason to believe that racism was a factor, let alone a determining factor, in the shootings. Andrew Mccarthy, a writer for National Review, recently made this point in a piece he wrote about the trial of Derek Chauvin—the police officer who killed George Floyd.

“Not a shred of evidence was introduced at the trial that Derek Chauvin is a racist. None. There was nothing in the weeks of testimony that even hinted at such a thing. The prosecutors who aggressively urged the jury to convict Chauvin of murder never intimated that racism played any role in the crimes. They convincingly argued that he was a bad cop, not a racist cop.”

There is no greater indictment of the asininity of our culture than this—that the death of George Floyd has become a symbol of the pernicious effects of systemic racism without any evidence that racism was even a factor. The assumption is of course that George Floyd wouldn’t have died if he were white—but that’s an assumption that needs to be substantiated. What reason do we have to believe that George Floyd would still be alive today if he were white? The answer is that there is none, and in fact, there’s evidence to the contrary.

Have you ever heard of Tony Timpa? You probably haven’t. If you look him up you can watch a 10-minute video of him being killed by a few cops who kneel on his back as they joke about the possibility of him dying. He was killed in an eerily similar way to George Floyd and yet you’ve never heard of him because he was a white guy. Stories like his won’t ever make the news because it disrupts the narrative that things like that only happen to black people due to rampant racism. But the truth is that for every video of a black man being wrongly killed by a police officer there is at least one, if not more, videos of a white person being killed in a similar fashion.

Our insistence on infusing race into spaces where it does not belong has been absolutely detrimental to our society. The tragic death of Breona Taylor, for example, could have been used to have a serious discussion about the validity of no-knock raids, ending qualified immunity, and finally stopping the war on drugs—all of which would have had a positive impact on our quest for a more just society. Instead, it was made into an issue about race despite any evidence that race was an important factor in the incident.

Racism requires, well, actual racism. And those who insist on racializing things that have nothing to do with race should be stigmatized as obstructions to genuine justice. If we are to regain some semblance of sanity when it comes to the discussion about race, we must start by getting back to a common-sense standard of what is (and isn’t) racism.

Our culture has embraced a postmodern expressive individualism that values personal experience and feelings above objective truth and known realities. That, combined with a racial retrogression in which we are being trained to see race—and thus racism—everywhere, has led to the absurdity that we currently find ourselves in.

And you don’t have to be some crazy right-wing extremist to see that that general consensus on these topics has become utterly disconnected from reality—you just have to be a reasonable, truth-seeking adult. If you don’t believe me I’d encourage you to check out the work of people like John Mcwhorter, Coleman Hughes, Andrew Sullivan, Glen Greenwald, and Sam Harris—all of whom are firmly on the left side of the political aisle and yet recognize that the facts no longer support the institutional narrative around racism and policing.

Gandhi was right when he said that “Truth never damages a cause that is just.” If progress is ever to be made, and if justice is to be had, it will only be through a radical recommitment to the primacy of truth in shaping our thoughts and actions.