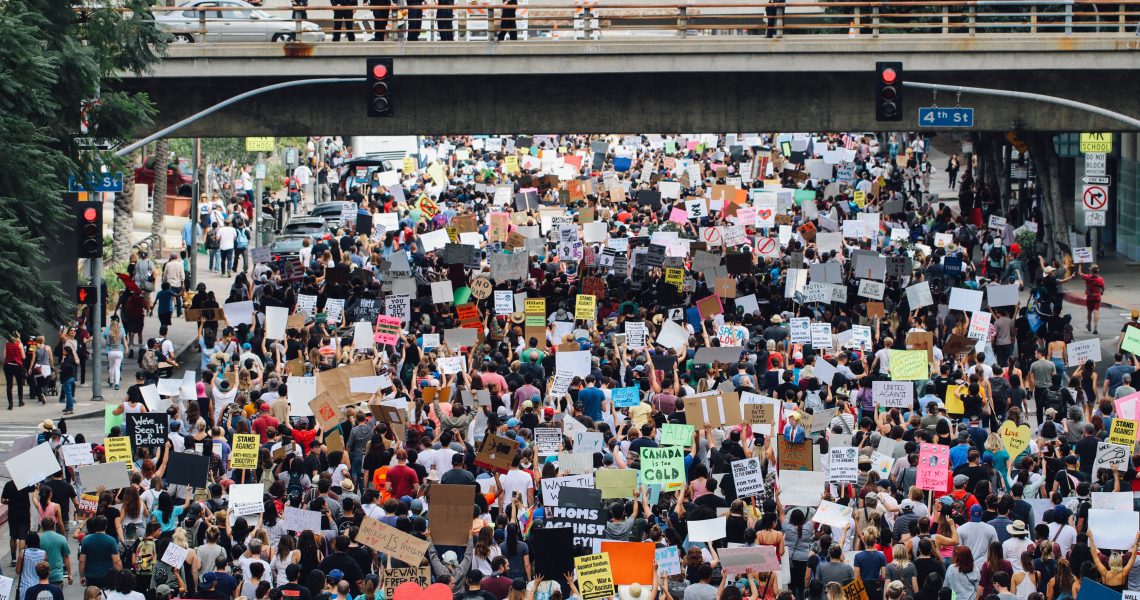 The increasing division and hostility in American politics has become a hot topic as of late. It’s become apparent that we’re more politically polarized than ever before. But I think the nature of the division has been misunderstood.

Many people still think of American politics as a battle between the left and the right, but what is currently going on is not merely an amplification of this typical tension. Over the past few years there has become a deeper, more fundamental divide that transcends the traditional left-right categories.

The most important question of today is not whether you’re conservative or progressive, but whether you’re liberal or illiberal. And I don’t mean liberal in the way it has come to be used as a term to describe anyone on the left side of the political aisle. I mean it in the sense of liberal democracy—the political doctrine that stands for individual rights, freedom of speech, civil liberties, free enterprise, equality under the law, etc.

Much of the absurdity of our current culture comes from an ideological movement that is explicitly hostile towards the liberal principles on which this country was founded. It’s what Bari Weiss calls “a mixture of postmodernism, postcolonialism, identity politics, neo-Marxism, critical race theory, intersectionality, and the therapeutic mentality.” While those words mean nothing to most people, they all add up to something that looks like being “woke.”

In their book Cynical Theories, Hellen Pluckrose and James Lindsay go through some of the main discrepancies between Liberalism and Postmodern Theory—the intellectual scaffolding that upholds the woke movement.

“Postmodern Theory and liberalism do not merely exist in tension: they are almost directly at odds with one another. Liberalism sees knowledge as something we can learn about reality, more or less objectively; Theory sees knowledge as completely created by humans—stories we tell ourselves, largely in the unwitting service of maintaining our own social standing, privilege, and power. Liberalism embraces accurate categorization and clarity of understanding and exposition; Theory blurs boundaries and erases categories while reveling in manufactured ambiguity. Liberalism values the individual and universal human values; Theory rejects both in favor of group identity and identity politics. Although left-leaning liberals tend to favor the underdog, liberalism across the board centers on human dignity; Theory focuses on victimhood. Liberalism encourages disagreement and debate as means to getting at the truth; Theory rejects these as ways of reinforcing dominant discourses that suppress certain perspectives and insists that we cannot get to “the” truth, but only to “our” truth, which is rooted in our values. Liberalism accepts the correspondence theory of truth–that a statement is true if it accurately describes reality; Theory promotes the idea that truth is a “language game” and that words, ultimately, only point to other words and can never correspond to reality–unless those words describe oppression. Liberalism accepts criticism, even of itself, and is therefore self-correcting; Theory is radically cynical about the possibility of progress.”

American politics used to operate under the assumption that everyone—left or right, conservative or progressive—accepted the liberal principles on which this country was founded. That is no longer true. And that is what makes the current division and hostility so unique. It’s one thing to argue about different ways to achieve the same goals, but it’s a whole other thing to have different goals altogether.

Whatever its weaknesses may be, the success of liberal democracy over the past 200 years has created the fairest, freest, most just, and most prosperous societies in human history. Both conservatives and progressives alike would be wise to make common cause in standing up against those who wish to tear it all down.