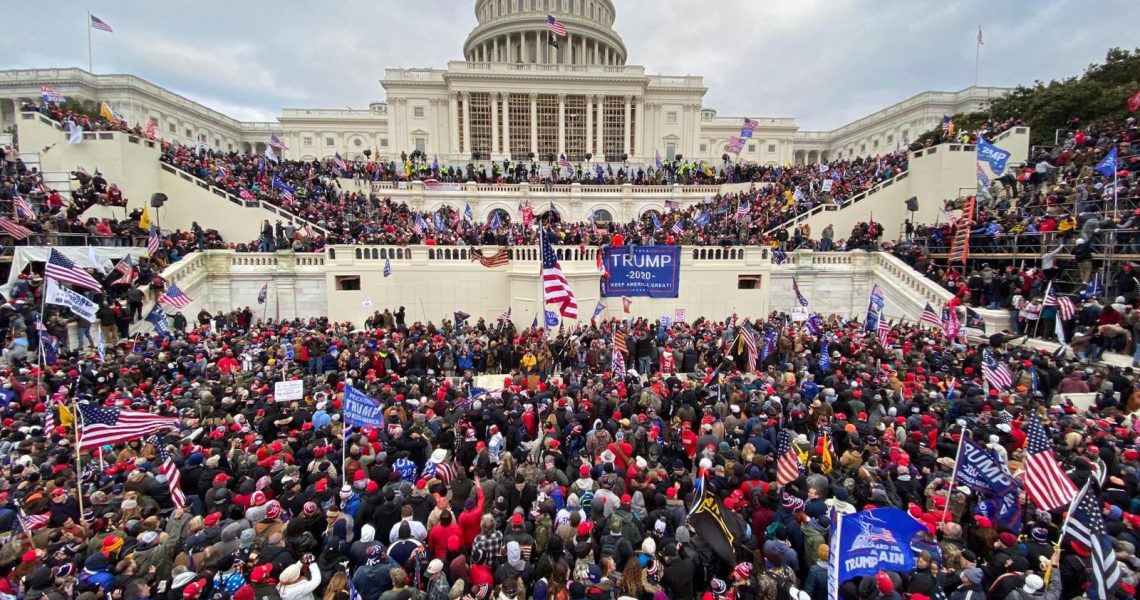 Last week thousands of Trump supporters formed a violent riot as they overtook the United States Capitol. Most people have seen the incredible pictures by now—the beating of police officers, the smashing of windows, damage of property, and members of congress fleeing from the angry mob.

And sadly, all of it seemed to have been avoidable.

The insurrectionists who broke into congress were operating under the belief that the election was stolen. But there is, of course, no evidence to support that claim. If there were, it would have come out in one of the numerous lawsuits that have been filed—all of which have been rejected. It is, as far as we know, patently untrue.

And yet they believed it because Donald Trump has spent the last several months saying just that. He has perpetually and consistently falsely claimed that the election was fraudulent.

The rally that eventually led to the riot on the Capitol was called “stop the steal”—which naturally brings up the question “what did you think was going to happen?”

One cannot consistently tell people that our democracy is being undermined by a fraudulent election and not expect a certain percentage of people to behave as if that is true. Or in other words, what happened last week would have been completely justifiable, or at the very least understandable, if the election was, in fact, fraudulent.

Which is precisely what makes lies so insidious. They create an alternate reality where certain behaviors become understandable that would otherwise be unthinkable.

Lies, once believed, create a mass delusion—a mismatch between perception and reality. And when a large enough group of people inhabit the alternate reality created by the falsehood, it should be no surprise when they begin to act in accordance with it.

While those directly involved in the violence are certainly personally responsible for their actions (and should all be arrested and prosecuted), any attempt at a solution to these problems must recognize that the behaviors we saw were downstream of shameless, enabling falsehoods.

And unfortunately the political Right holds no exclusive claim to this kind of lying.

This summer was filled with extreme social unrest due to accusations of racial discrimination in policing. There were months of violent riots, looting of businesses, and burning of buildings. These too, led to multiple fatalities.

These riots, similar to the ones we saw last week, were also rooted in a lie. The entire movement was based on the idea that black people in America are being disproportionately targeted and killed by police due to racism or discrimination. The now mainstream sentiment is perfectly illustrated by the young tennis star Naomi Osaka when she noted her grievance over the “continued genocide of Black people at the hand of the police.”

This idea—that unarmed black people are being unjustly murdered by police in large numbers— is also patently untrue.

(By the way, this is good news and those who believe it’s an insensitive thing to say should be skeptical of any ideology that has a vested interest in maintaining injustices in light of facts that show otherwise. One should be delighted by this news, not offended.)

The “evidence” that is often given to support this claim (something like “black people are 13% of the population but 25% of those killed by police”) is based on a logical fallacy, of which I wrote about last week. Despite the fact that there is no empirical evidence to support this claim, it has nonetheless become the default position in our society.

But the point is that violence and looting, including the targeted arson of police precincts we saw this summer, is exactly what you should expect when you consistently tell people that there is a genocide of black people at the hands of police. In fact, it would be more surprising if these things didn’t happen.

The circumstances both this summer and last week in no way justify the rioting that occurred and yet in both situations there were falsehoods that enabled the actions to be thought of as warranted.

Our problem is two-fold—both the willingness to lie for some kind of personal or political gain as well as the unwillingness to revise one’s ideology in light of truths that show it to be mistaken.

Our only hope is in the reversal of these trends. Progress will not be made until there is a radical recommitment to truth—first in shaping our own beliefs and subsequently in shaping our choice of who we elect to positions of power. Until we are able to affirm the same truths—that is, to share the same external reality—things will not get better.

But I am under no illusion that this will happen. Most people will choose to retreat back into their tribal politics, always finding a way to justify the actions and lies of their own side while condemning those on the other side.

The blatant hypocrisy will not faze them, but it won’t be without its consequences.