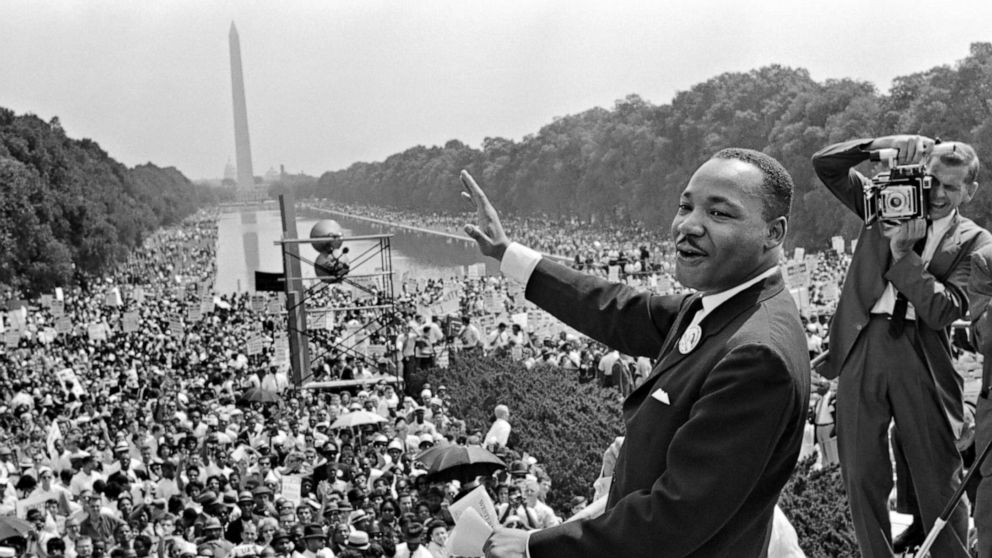 On Monday I received an email from Saucony, the running shoe company.

They, like many other corporations, we’re sending out a message in celebration of Martin Luther King Jr. Day. After a brief word on the legacy of the leader of the civil rights movement, they included a list of books that one should read in order to educate themselves and to further the work of Dr. King in their own lives.

The first book on the list was “How to Be an Antiracist” by Ibram X. Kendi, which perfectly illustrates the depressing absurdity of our current racial affairs.

The tragic irony is that the ideology of Ibram X. Kendi, while representing an increasingly mainstream view on race and racism, is diametrically opposed to the ideology of Dr. King.

Martin Luther King Jr. spent his entire life fighting for a colorblind society, a society built around the equality and common humanity of all people, and a society where the content of one’s character matters more than the color of one’s skin. And yet we now celebrate his legacy by advocating for a cynical ideology that sees his message as a clever way to uphold white supremacy and racism.

As the historian Christopher Lasch rightly saw decades ago,

The civil rights movement originated as an attack on the injustice of double standards; now the idea of a single standard is itself attacked as the crowning example of “institutional racism.”

We have come full circle—resurrecting racism in the name of antiracism, advocating for discrimination in the name of justice, treating people as inferior as a means to equality, and championing the legacy of Martin Luther King Jr. while propping up ideas and people who attack everything he stood for.

The new wave of antiracists insist that America is irredeemable—a country built to perpetuate white supremacy and oppress people of color. But King firmly rejected this view, insisting that the founding principle and promise of America was noble and pure—demanding not that we reject it but uphold it.

As he says in his now infamous speech,

I say to you today, my friends, so even though we face the difficulties of today and tomorrow, I still have a dream. It is a dream deeply rooted in the American dream.

I have a dream that one day this nation will rise up and live out the true meaning of its creed: “We hold these truths to be self-evident: that all men are created equal.”

The voice of Martin Luther King Jr. is needed now more than ever. It has been over 50 years since the success of the civil rights movement and the principles he used to dismantle the injustice of his time have once again come under attack.

But King’s powerful rhetoric is able to transcend the identity politics, racial essentialism, and bitter cynicism that has come to define our time. He created unity by appealing to universal principles, rejected all forms of double standards, advocated for the creation of a colorblind society, demanded justice for all, and insisted that all this be done in a spirit of brotherly love and non-violence.

No doubt his message presents a challenge to the white nationalism that remains in our society today, but do not be mistaken, those views are all but dead thanks to the work of Dr. King—and what is left of them is in rapid retreat, rightfully cast out to the fringes of society, deemed to be morally and politically unacceptable.

The real threat to the message and work of Dr. King is not the racism of yesterday but the antiracism of today—an ideology not in retreat but in rapid advance.