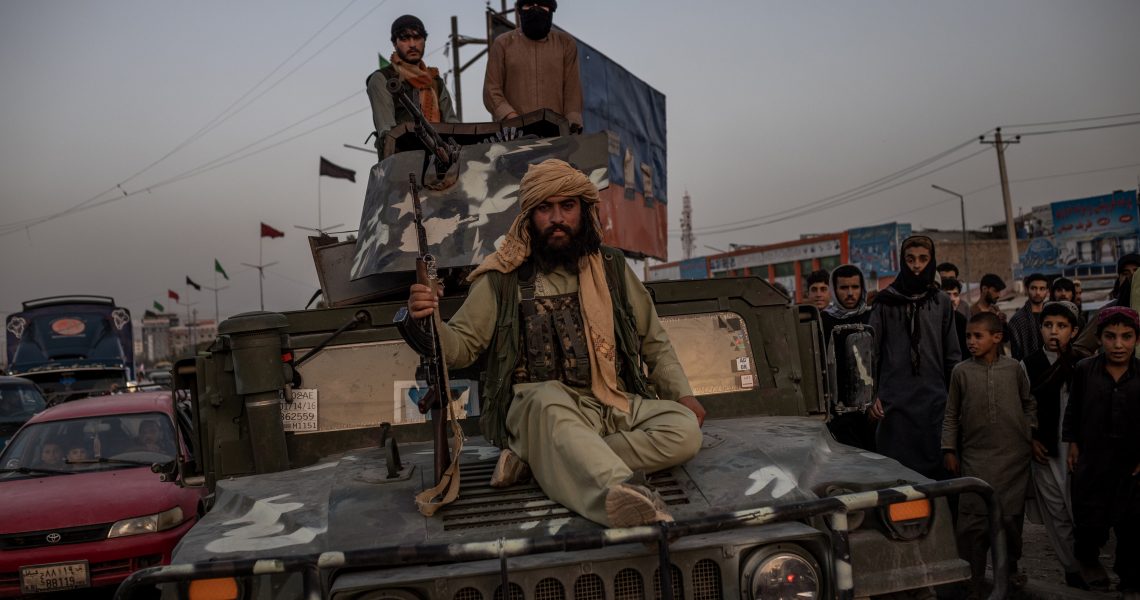 Over the last week, the Taliban has taken over Afghanistan. The Islamist military organization who was last overthrown in 2001 by US-led military forces has regained control of the capital city Kubal and sent the whole country into turmoil. Most people have seen the pictures and read the stories by now—Afghanistan president Ashraf Ghani fleeing the country, US citizens and Afghan civilians trying to escape amidst gunfire, women taking shelter due to strict enforcement of Sharia law, members of the Taliban taking over the presidential palace, and utter panic and chaos amongst Afghans fearing what the future may hold for them under Taliban rule.

When a failure of this magnitude occurs it’s not long before people start pointing fingers. And the fact is that there is plenty of blame to go around.

This week the New York Times confirmed that Biden lied to the American people about the probability of military collapse in Afghanistan.

“Classified assessments by American spy agencies over the summer painted an increasingly grim picture of the prospect of a Taliban takeover of Afghanistan and warned of the rapid collapse of the Afghan military, even as President Biden and his advisers said publicly that was unlikely to happen as quickly, according to current and former American government officials.”

Ryan Crocker, Obama’s former ambassador to Afghanistan, also had some sobering words on president Biden’s handling of the situation.

“We’re going to pay for that for a long time to come, and that’s why it is insane — just idiotic — to think that we can tell the Taliban that if they don’t stop taking over territory and play nice, the international community will withhold recognition and support,” he said. “The Taliban really doesn’t care, because they’ve got something far more valuable.”

“We have seen this movie before,” he said. “This would be the Taliban of the 1990s that gave safe haven to al-Qaida, except they’re meaner and tougher than they were then because of what they’ve been through.”

“I’m left with some grave questions in my mind about his ability to lead our nation as commander-in-chief,” Crocker said. “To have read this so wrong – or, even worse, to have understood what was likely to happen and not care.”

Now, it’s also true that President Trump crafted the peace deal with the Taliban that committed the US to withdraw from Afghanistan and is now being enacted by President Biden.

It doesn’t matter if you’re on the left or the right, if you believe we should still have a military presence in Afghanistan or if you think we should have left a decade ago, this is a failure of epic proportions on the part of US leaders.

It’s all incredibly sad and disheartening, especially because it was completely avoidable. This is failure by choice. American leaders chose defeat against the Taliban and are now left begging a terrorist organization to let our people leave the country. This will be remembered by historians as the greatest foreign policy mistake over the last couple of centuries. It’s an embracement that will leave Afghan civilians and American allies in imminent danger for years to come.

There’s a longstanding notion that our political leaders possess a certain degree of competency in order to have obtained the office that they hold. But If there is anything to take from this cluster**** I hope we start to realize that those who govern us are just as incompetent and worthy of your respect as your lazy coworker Steve.

We’ve spent much of the last couple of years arguing about how oppressive the United States is. But watching Afghan civilians cling to the landing gear of the US air force plane as it took off from Kubal, willing to fall to their death rather than live under the governance of the Taliban army, should make us think twice about the nature and degree of our oppression.

While we fight about whether using the wrong pronoun is a microaggression, women are being raped and children are being gunned down by radical Islamists who now control Afghanistan. Opening our eyes to this harsh reality should illicit both righteous anger against the tragic injustices being perpetrated across the globe and deep gratitude for the freedoms that we far too often take for granted.